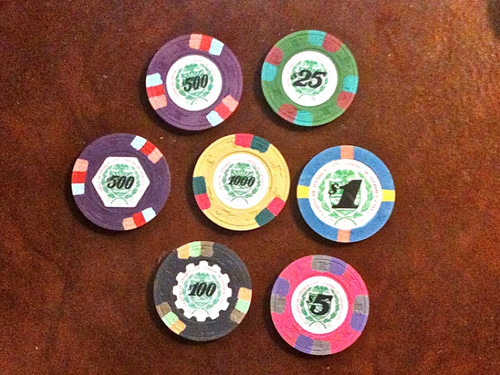 A vengeful British spy goes rogue and sets off to unleash vengeance upon an drug lord whom tortured his best friend a CIA agent and left him for dead and murdered his bride after he helped capture him.

From the 007 James Bond thriller "Licence To Kill (1989)" these are Real Clay Prop Gambling Chips from the fictitous "Casino De Isthmus City." They are availible in six different denominations ($1, $5, $25, $100, $500, $1000) & are in mint condition. The Real Prop Chips are distinguishable from the replica ones by the Top Hat and Cane icon that appears around the rim. Even though the same company manufactured the Clay chips this is what makes them different.These prop chips can be seen in the opening title sequence of the film. These chips were originally obtained from Richard Wilson (Owner of Norma Jeans). they come with a Letter of Authenticity. You get your choice of one chip denomination. If you buy more than one you can mix or match. Choose your choice in the check boxes above.