A Walk In The Clouds, Real Prop Letter 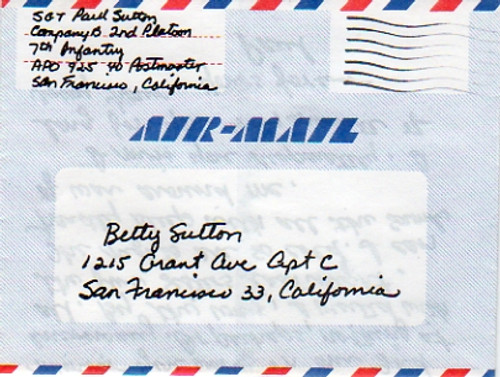 A Walk In The Clouds, Real Prop Letter

After returning from the war, Paul and a young woman meet on a bus as she's headed home from college to help with the grape harvest and face her Old World domineering dad.

From the film "A Walk In The Clouds (1995)" starring; Keanu Reeves, Anthony Quinn and Aitana Sanchez-Gijon this is a Real Prop Letter that was used in film. Letter is hand written and in a airmail style Army type like the military used in the period of the film. The Letter measures closed; 5.5 inches wide x 4.5 inches tall. Open it measures; 9 inches wide x 11 inches tall. The letter is To Betty (Debra Messing) from the Paul (Keanu Reeves) Character in the film. Letter was originally obtained from MGM Studios and comes complete with Letter of Authenticity.