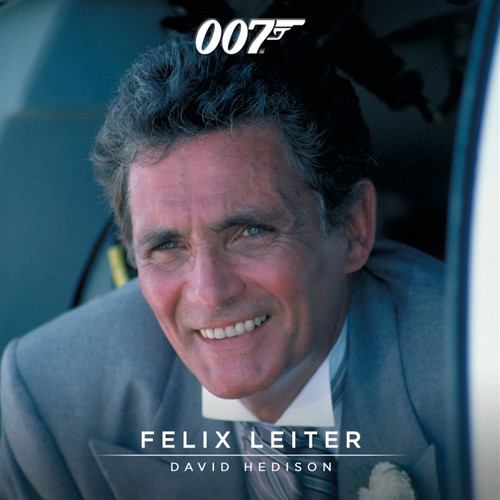 Albert David Hedison, Jr. (born May 20, 1927) is an American film, television, and stage actor. He was billed as Al Hedison in his early film work. In 1959, when he was cast in the role of Victor Sebastian in the short-lived espionage television series Five Fingers, NBC insisted that he change his name. He proposed that he use his middle name and he has been billed as David Hedison ever since. He is known for his role as Captain Lee Crane in Irwin Allen's TV series Voyage to the Bottom of the Sea and as CIA agent Felix Leiter in two James Bond  films, Live and Let Die and Licence to Kill. He also appeared in the film The Fly.

Description: This item is for one of David Hudson's Signed Cancelled Checks. There are four checks to choose from. Please make a note in selection which one you want or one will be chosen for you. All checks are Blue-Green in color and signed David Hedison. Item also comes with Picture as shown which is suitable for framing

Condition: All checks are in Near Mint cancelled condition. Each signature on all four checks is very clear and visible without obstructions.

Documentation: This item is fully documented by three sources. First it has a PSA/DNA Pre-Certified Authentication status. This is a service that was provided to RR Auctions and this item within. It means that this item has previously been reviewed by experts at PSA/DNA and is absolutely guaranteed to pass final testing and marking. Further It means that these signed checks of David Hedison which they personally examined and is in their opinion authentic. Further they state that the signature(s) are consistent considering slant, flow, pen pressure, letter size and other characteristics that are typical of the other exemplars that they compared against. Pre-Certified PSA /DNA is to let buyers know beforehand that upon item being sent in for official final marking and certification that it is guaranteed to be authentic, in their opinion. Second, the item will come with a Certificate of Authenticity from the famous RR Auction where item was purchased by us originally. Third you will also get a Certificate from Reel Art. You will also get a copy of the invoice from RR Auction a to further prove authenticity.