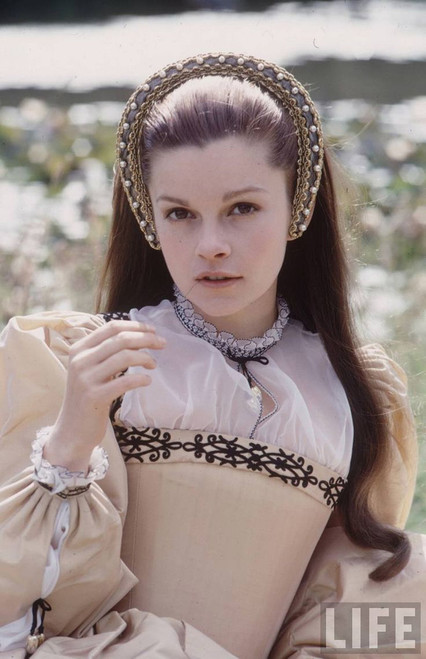 Geneviève Bujold ( born July 1, 1942) is a Canadian actress best known for her portrayal of Anne Boleyn in the 1969 film Anne of the Thousand Days. She won a Golden Globe Award for best actress. She has played roles in numerous Canadian, American, and French films.

Description: This item is for one of Genevieve Bujold's Signed Cancelled Checks. There are three checks to choose from. Please make a note in selection which one you want or one will be chosen for you. All checks are Blue-Green in color and signed Genevieve Bujold. Item also comes with Picture as shown which is suitable for framing.

Condition: All checks are in Near Mint cancelled condition. Each signature on both checks is very clear and visible without obstructions.

Documentation: This item is fully documented by three sources. First it has a PSA/DNA Pre-Certified Authentication status. This is a service that was provided to RR Auctions and this item within. It means that this item has previously been reviewed by experts at PSA/DNA and is absolutely guaranteed to pass final testing and marking. Further It means that these signed checks of Genevieve Bujold which they personally examined and is in their opinion authentic. Further they state that the signature(s) are consistent considering slant, flow, pen pressure, letter size and other characteristics that are typical of the other exemplars that they compared against. Pre-Certified PSA /DNA is to let buyers know beforehand that upon item being sent in for official final marking and certification that it is guaranteed to be authentic, in their opinion. Second, the item will come with a Certificate of Authenticity from the famous RR Auction where item was purchased by us originally. Third you will also get a Certificate from Reel Art. You will also get a copy of the invoice from RR Auction a to further prove authenticity.

The item does not come as shown framed in picture. Frame is a option above. It is a Designer (Arnoldus) Acrylic 10 x 13 inch frame with metal standoff pegs. The item mounts to wall and stands off from wall about 1 inch.