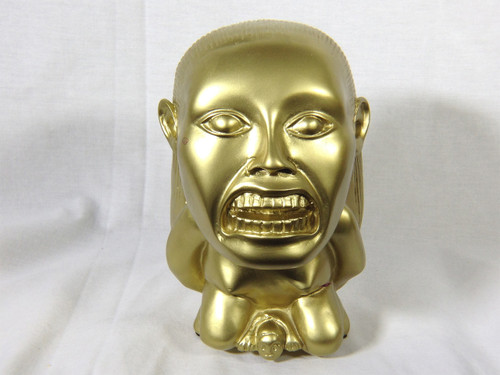 This is the Classic Version of the Famous Idol of Fertility that was Seen in the Opening Sequence of the Film. This High Quality Film Replica Casting is Gold in Color and Made out of a Very Durable Resin Material. It Weighs 7 Pounds and measures 8 inches tall x 5 inches wide x 6 inches deep.