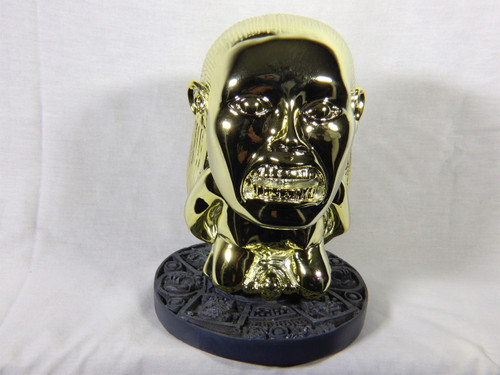 Along with The Idol of Fertility is included the Circular Jungle Idol Stand. It has an Inca, Aztec, Mayan, Pre-Columbian type Artwork applied. It also looks very similar to the original stand that the Famous Idol was sitting on when Indy switched with his bag of Sand. It is Antique Gray in Color, Made out of a Very Durable Resin, Weighs almost 2lbs and Measures: 7 inches in Diameter x 1.5 inches thick. The Stand is Very Detailed and also Very Durable.