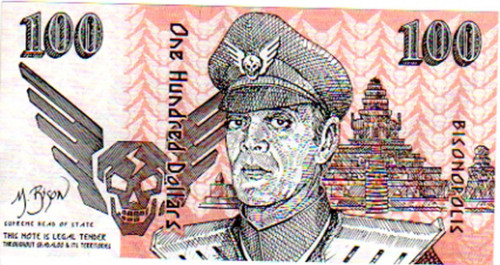 This game is based on the film which is based on the video game itself where Jean Claude Van Damme portrays Colonel Guile who takes on Russian General Bison (Raul Julia) while trying to save the lives of the hostages that he held captive.

This is real Prop Money from The Film. It can be seen through out and was originally obtained from studio. Comes complete with Letter of Authenticity.