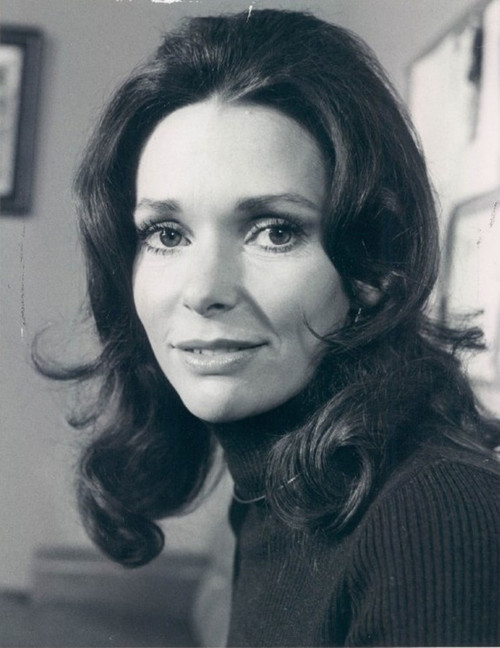 Susan Elizabeth Strasberg (May 22, 1938 – January 21, 1999) was an American stage, film, and television actress. Strasberg was born in New York City, the daughter of theatre director and drama coach Lee Strasberg of the Actors Studio and former actress Paula Strasburg.

Strasberg attended the Professional Children's School, and then spent time at both The High School of Music & Art and the High School of Performing Arts. After a widely praised performance as a teenager in Picnic, Strasberg originated the title role in the Broadway production of The Diary of Anne Frank and was nominated for a Tony Award at the age of 18. Strasberg became the youngest actress to star on Broadway with her name above the marquee title. In 1955, she appeared twice on the cover of Life (July 11, 1955 issue; November 11, 1955 issue) and soon after on the cover of Newsweek (December 19, 1955 issue). She later starred in the Italian Holocaust film Kapo  which was nominated for an Academy Award as best foreign film of 1960.

From the 1960s through the 1980s, she guest-starred in such television series as The Virginian, The Invaders, Bonanza, The FBI, Breaking Point, Burke's Law, The Streets of San Francisco, Night Gallery, McCloud, Alias Smith & Jones, The Big Valley, Remington Steele, Mannix and The Rockford Files (twice, as Deborah Ryder and as Karen Stiles, Rockford's ex-girlfriend). She lived in Italy in the early 1960s, where she was often called 'La Strasberg'. In 1993, she was a jury member for the 43rd Berlin International Film Festival.

Description: This item is for one of Susan Strasberg's Signed Cancelled Checks. There are two checks to choose from. Please make a note in selection which one you want or one will be chosen for you. Checks are Blue-Green in color and signed Susan Strasberg. Item does also come with Picture as shown which is suitable for framing.

Condition: Both checks are in Near Mint cancelled condition. Each signature on both checks is very clear and visible without obstructions.

Documentation: This item is fully documented by three sources. First it has a PSA/DNA Pre-Certified Authentication status. This is a service that was provided to RR Auctions and this item within. It means that this item has previously been reviewed by experts at PSA/DNA and is absolutely guaranteed to pass final testing and marking. Further It means that these signed checks of Susan Strasberg which they personally examined and is in their opinion authentic. Further they state that the signature(s) are consistent considering slant, flow, pen pressure, letter size and other characteristics that are typical of the other exemplars that they compared against. Pre-Certified PSA /DNA is to let buyers know beforehand that upon item being sent in for official final marking and certification that it is guaranteed to be authentic, in their opinion. Second, the item will come with a Certificate of Authenticity from the famous RR Auction where item was purchased by us originally. Third you will also get a Certificate from Reel Art. You will also get a copy of the invoice from RR Auction a to further prove authenticity.